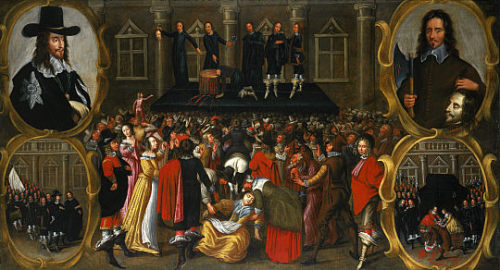 Many of you familiar with internet conspiracy theories will be aware of Albert Burgess’ Case For Treason. I have a lot of respect for people standing up for what they think is right but Burgess’ understanding of History and Law is well below that of an A Level history student.

The act of joining the EU was not Treason. Love it or loathe it our EU Membership is legal and provides safeguards against the excesses of extremist governments (hence why the current genocidal Tories want to leave ASAP.)

What is treason however is taking money from powers (foreign or domestic) hostile to the interests of the British people. The above illustration shows sentence being carried out on one such traitor Charles Stewart who took money from the Papal Emissary to fight a war against the English people. This is one of many counts he was guilty of but being found guilty of just one it would have been much the same result.

But this is just ancient history right? No not so ancient… take a look at this ugly mug. 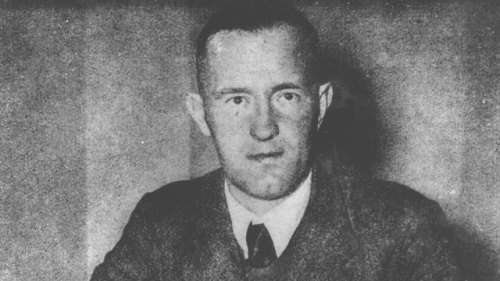 This is William Joyce aka Lord Haw Haw. The Nazi government hired him for his distinctive upper class English voice which they employed for propaganda purposes.

He was found wandering round an obliterated Berlin drunk and still broadcasting by the Soviet Army who handed him over to British custody. He was convicted of treason on the grounds that, you guessed it, he took money from enemies of the British people.

Almost every member of the present day House of Commons has taken lobbying money of some kind and some of these lobbyists are truly despicable people with horrific agendas contrary to the interests of the British Commonwealth.

From the Private “Healthcare” companies chipping away at our NHS, to rogue states including Saudi Arabia, Pakistan, the USA and Israel that drag our overstretched (and over funded) armed forces all over the place to their interests not ours.

I have long known of this corruption but I barely gave it much thought until an incident so vile and inexcusable woke me from this slumber. What is now being commonly known as the ATOS Genocide as the DWP’s death toll rises with each passing day.

Surely it is time that we prosecute these traitors (that is what they are) for taking such blatant bribes to rob, torture and kill the people they are supposed to be representing? Gaddaffi allegedly killed about 5,000 civilians and Lybia got invaded. The DWP killed 10,600 in 10 months and nobody gives a shit.

I’m not a lawyer I’m a historian so I may be hazy on some details.

I do know since 1997 Treason’s mandatory death sentence was reduced to mandatory life imprisonment but to me that is the better punishment. I’m not a humanitarian or anything I just want the guilty to suffer!

With the People’s Court of Government Corruption I shall be exploring these precedents in detail in the hope that someone somewhere is listening and will take the appropriate action to protect our people from the kind of fascist exploitation we see across the Pond.

2 thoughts on “[Activism] A REAL Case for Treason”