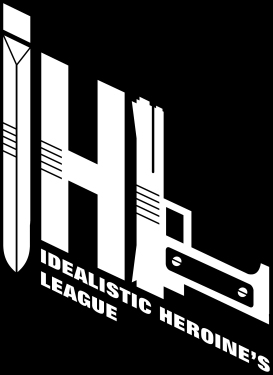 The Idealistic Heroine’s League is the result of a Post War hissyfit of epic proportions from Kittiwake Girl. More than any other Superlday Kittiwake girl has been dedicated to non lethal force. The “KG rule,” as it has become known as, is essentially “heroines do not kill.”

The somewhat jaded and more practical Gray Areas called Kittiwake Girl out on this bullshit and promptly got kicked out of the SPO. Ever since she has been a figurehead for all those Heroines who, for whatever reason, don’t like playing by the rules even when they are relatively lax.

Known as antiheroines the IHL are feared by both of the other Morality Factions. The idea of taking no prisoners seems scary to everyday Superladies whatever end of the fully automatic firearm you’re on!

IHL Superteams are typically somewhat chaotic and bristling with semi legal Weapons. Much like their colourful leaders!