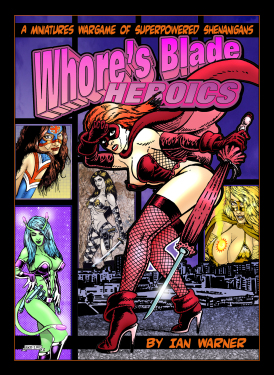 Whore’s Blade Heroics is now on Amazon: Click the picture to jump to it!

For inside info on the development of the madness…

The Core Rulebook for Whores Blade Heroics provides all the rules you need to play through the incredible, action packed struggles of high kicking Superladies in the Kittiwake Comics World or any other super-powered Universe. Whether youre a Hero, a Villain or Something in Between, you had be prepared for an epic clash of super stockinged titans.

Print Copies are on sale Here and PDFs are here

Just to let you all know we now have a cover (thanks Brad) and I am putting the final touches to this incredibly silly parody of Superheroine clichés in Tabletop Battle/Roleplaying Game form.

Whore’s Blade Heroics should be out within the week. 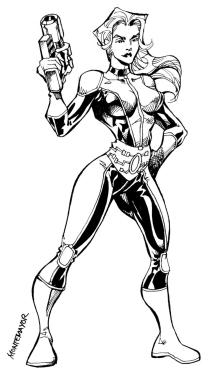 Last, but far from least, in our showcasing of the Origins we have the Supernormals.

These are perhaps the bravest (or perhaps most stupid) of all the Superladies these daredevils have no Powers of their own relying on their intensive training in their areas of expertise and some ingenious Gadgets.

You cannot expect a Supernormal to soak up punishment like a Supernatural or an Experiment but through their brilliant tactical and technical prowess they can stand toe to toe with veritable goddesses.

That is the definition of badass… 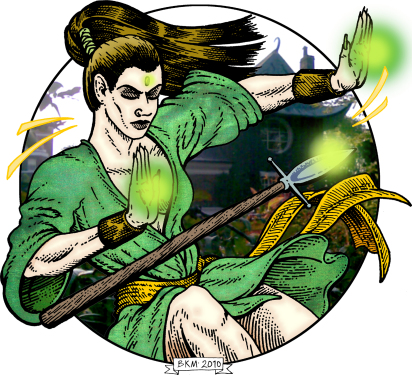 There is a secret supernatural history to the world of Kittiwake Comics. Though, just as in our world, the majority of women burned as witches, staked as vampires and exorcised as demons were just unfortunate mentally ill or counter cultural individuals, some of them actually were supernaturally gifted and many of their supposed “deaths” were just minor inconveniences.

With Kittiwake Girl’s example of how the odd and the powerful could finally come into the open and use their Powers without fear of persecution Supernaturals soon got in on the Superlady act.

The damage resisting gift that Supernaturals have as a default is far greater than anything possessed even by Aliens with their odd physiology. However they still must be wary as Weapons blessed by the Creator (in whatever guise He is followed) can overcome this ability.

As the bodies of Supernaturals are forever bound to their souls true death is depressingly permanent for them and they do their level best to avoid it. 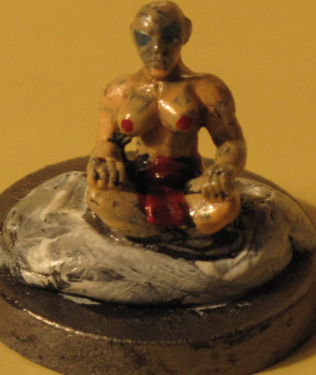 Toward the end of the Cheese Age it became clear that human DNA was far more capable than previously thought and it was beginning to change in some very odd ways. These Mutants, were naturally feared, mistrusted and discriminated against even by some Superladies on all sides.

The natural reaction to discrimination is resistance but the Mutant community is divided as to just how violent this resistance should be.

Mutants have the advantage of using their notoriety to strike terror into their foes however they have real trouble co-operating with the notoriously prejudiced Police force.

Though they show a variety of Superpowers they have a heavy bias toward asymmetrical terrorist/freedom fighter style tactics. 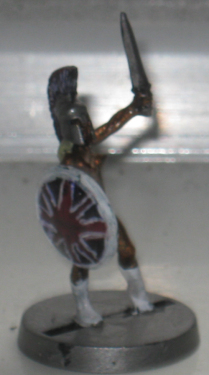 During the brief War with Nazi Germany various shadowy governmental organisations worked on artificially creating Superladies to aid their armies. The British SOE was by far the most successful at this thanks to their backing from all of the original Superladies (Heroines and Villainesses alike.)

Well successful in creating many powerful individuals however the vast majority of Experiments, even if they remain on the right side of the law, go more than a little crazy. With the defection of former propaganda project Major Britannia to the LEO post-war further experimentation was outlawed worldwide.

Of course that doesn’t mean it’s not happening.

Experiments tend to be extremely good defensive fighters however they are prone to mental instability and have proven highly suggestible. 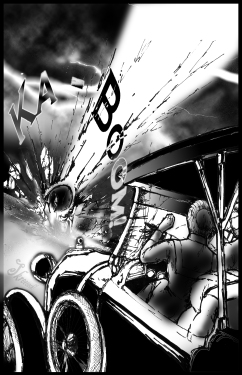 The first ever Superlady Kittiwake Girl was one of these. Aliens are usually massively out of their element though their evolutionary adaptations to other environments can make them far more powerful than even most native Superladies.

A natural result of alien physiology is an incredible resistance to ordinarily lethal damage however this is offset by the fact that most aliens are allergic to some Earth based substance or other.

If you want a Superlady who can take a heavy beating and dish one out in return an Alien is a pretty good choice.