I REALLY didn’t want to get involved in this shitstorm but doubtless I’m damned if I do have my two cents or if I don’t.

For those of you not aware James “Grim” Desborough the man who got me started as a professional writer with his company Postmortem Studios (link in the picture) has come under a lot of fire recently.

Grim has this incredibly liberal free speech stance that I have tried and failed to live up to here at Kittiwake as I have several zero tolerance areas when it comes to the work I promote and produce. Mostly this is in regards to politics (see here) but believe it or not there are also social issues I will not touch with a bargepole.

So in this article I shall lay out my position as it stands.

My Work With Postmortem
For the most part criticism that has reached me about the work I have published with Postmortem Studios: Namely Chav: The Knifing, Wizkid: The Cheapening, Tough Justice, Courtesans and Doxy has been of the reasoned and rational variety. Even my strongest critics have never gone above friendly banter nor constructive breakdowns of my work and I am most grateful to all of you for that (yes even you Pseudoephedrine.)

Call of Chavthulu had a little flak for Grim’s blurb which was written far more harshly than I personally would have had I been given the opportunity to write it myself. For that and indeed for the somewhat unforgiving tone of Chav in general I apologise. It was my first game created from scratch and it frankly showed my prejudices born of my childhood dealing with the worst of that subculture.

With all of the Shadow World products though it is important to emphasise that these are the worst of the worst. Not all goths in the Shadow World are Bloodsuckers: Just the real drama queens just as not all Chavs are the sort of empowered Chavs depicted in the books. This in itself could be a good plot point for getting these rather messy first attempts at games to work.

Tough Justice is either unheard of or (somewhat unjustly I feel) praised so I shall skip over it and talk about Courtesans.

Courtesans was born of a less severe argument about cheescake and sexual themes in Roleplaying. When it comes to tone unlike the rather morbid Tough Justice and Doxy it was a bit all over the place not really knowing whether it was a serious look at a fascinating part of Georgian Society or as once called it “Carry On Courtesan.” I hope that the novels I have planned of the stories created for it will establish a more consistent tone for that particular part of the History Farce World.

One thing I made clear in all 3 History Farce books at multiple points was I do not encourage or condone any system for Roleplaying rape. This was no half arsed disclaimer I’m VERY serious on this.

Most Roleplayers, myself included, aren’t very good at handling such sensitive subjects so it’s much better that they don’t come up at all round the table. It is a common plot device in fiction but one that is constantly badly used and I think you have to be a real genius of a writer to pull it off successfully.

That isn’t me: I’m a mid grade hack and I’ve admitted it often. The only reason I’m writing professionally is that my current mental state makes me incapable of doing much else.

Courtesans, Doxy and now the Whore’s Blade wargames are somewhat twisted jokes about society both historical and contemporary and many of the hypocrisies laced within it. In writing them and Tough Justice I have become a much better (and more liberal) person who genuinely wants the things I call out to stop.

It is true the attitudes of characters and some narrative text in these games are pretty abhorrent but you should notice that I do my best to challenge the holders of these views.

On the Threats
I cannot condemn these threats made to Grim’s critics enough and I think Grim made a HUGE mistake in brushing them off as trolling. Yes Grim the rational brain can easily see greater internet fuckwad theory in work and yes the rational brain can reason that these people will never find the target of their ire but when threats like that are made the rational brain does not kick in. Friends on YouTube have told me some real horror stories of the lengths to which the worst trolls will go to track down, doc drop and generally fuck with people are quite frankly terrifying. As someone who has lived in fear all my life I can identify with being afraid of hateful people threatening me and if anyone ever made such threats in my defence I would disown them completely and immediately. Not only that I’d probably call them out on the blog or even in print.

Seriously folks… do not threaten: Teh internetz are not as anonymous as you would like to think and if my experiences on YouTube are anything to go by you have every right to fear such maliciousness.

Conclusion
Believe it or not Grim was something of a moderating influence on me when it came to my expressive style and how I presented my ideas to the world and now I find myself calling him out just as he called me for how he handled this.

The critics saying all his products condone rape are frankly making an absurd argument: Agents of SWING and it’s supplements are so damned tame I lent them to my Church and the same could be said for Urban Faerie or Invaderz.

What I’ve read of Temptress and Blue Magic didn’t strike me as particularly bad taste but they’re in PDF only and in the D20 system I despise so I’ll admit I haven’t read them cover to cover.

I know I have come a long way from the angry emotional wreck of a young put upon nerd who wrote Chav and I am grateful Grim helped me with dealing with the public and responding to criticism. I just wish that he would listen to some of his own advice in handling the mess this has turned into.

Sorry Grim this had to be said. 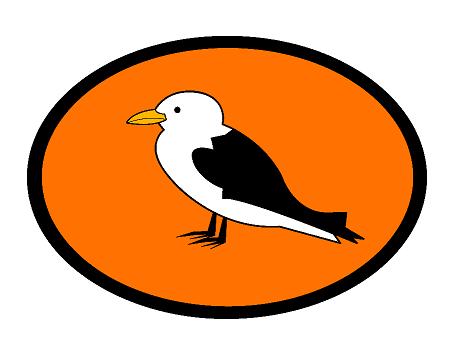 Our Catalogue for October 2011.

In order to test the POD service Kittiwake Classics has published Tough Justice: Grim & Gritty in a new print edition.