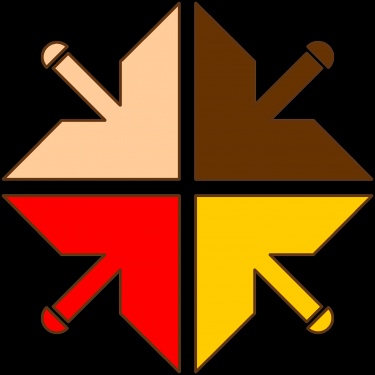 Men have hard time in the Empire. Ever since the Empress was betrayed by a man shes projected this mistrust onto the entire gender. Thus men are second, if not third class subjects.

Barred from employment, drugged to the eyeballs and with their sex lives reduced to official breeding programs its no wonder they rebel.

The rather haphazard pseudo group that supports the restoration of mens rights is known as the Mens Liberation Army.

Imagine the anarchy of Anonymous mixed with the passion of the Suffragettes and the ruthlessness of Al Qaeda.

Yes I do realise those adjectives are interchangeable!

Anyway the MLA are a group of fanatics with an obsession with blowing shit up in the name of re-establishing gender equality if not tipping the balance the other way.

MLA Warbands are chaotic and disorganised in all sorts of stupid ways but as they prefer explosives you can guarantee that they will hit hard. Particularly against large numbers! 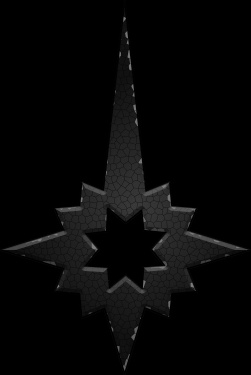 As pathetic as it is when you preach against something, whether it exists or not, hard enough some radical non-conformist will start worshiping it.

The Church has been holding up its Powers of Darkness bogeyman for over 10,000 years and during that time it has developed into an underground rival religion.

They profess many Sethian ideas about freedom and scientific supremacy however this is based on the belief that this will give them cool demonic powers rather than an actual belief in science or reason.

Whilst the Church preaches the two factions are in cahoots most Quizzers know that they are highly antagonistic toward each other.

The entire human race may well be capable of great feats of Will through Psychic Powers but fortunately most of the Cultists Attempts to summon demonic doom are complete failures. Nevertheless the Quizzers are pressured by the Empress to waste their time on these suckers! 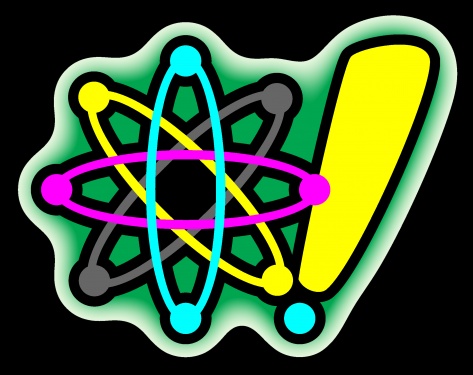 The Hyper Tech Republic was, like many human institutions, driven by idealism more than anything else.

It was this that ultimately led to its downfall through the Corporate Betrayal.

With the masses now in the thrall of the saviour Empress those who believed in the primacy of Science faded into the Shadows.

They did not vanish entirely though. There were still some that clung to the old certainties and did not embrace the new dogma. One within the Empress very cabinet nearly brought the theocracy crashing down and re-established the HTR.

The remaining groups who have Scientific ideals are collectively named after him. They are the Sethian Insurgency.

Contrary to the ancient joke about the Peoples Judean Front they are relatively harmonious if not very well organised.

Curiously this Science based group has a real lack of practical minded folk. This is because pragmatic people know the Empire isnt going anywhere and are usually involved in a department of state if not the Quizzers themselves.

The Sethians rely on their technical genius to win the day with tactics and abilities that confound their Opponents and their ability to strike back.

It is quite a combination that can be extremely potent in the right hands. However it can also fall to pieces in short order if not played right. 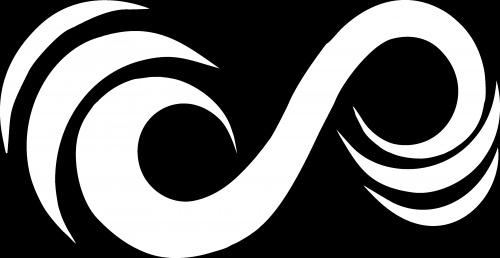 As much as they like to think they are, the Union are not on top of Organised Crime in the Empire.

There are still unregulated private enterprises organising criminals from street level up.

The most notorious of these is the El-Dazio Corporation.

Originally one of the Tech Corporations behind the HTR the rise of the Empress made most of their products illegal forcing them to become an organised crime family. Their knowledge of organised crime may be limited to old exploitation movies but theyre the best business minds in the galaxy and they bring this knowledge to their operations.

It is well known to the Quizzers and the Administration that El-Dazio are a bunch of gangsters however none of the kingpins have been connected to any of the familys criminal activities. Thus the company goes from strength to strength providing services the Empress prohibits.

As a Warband El-Dazio are characterised by the fact they all carry Elite grade Weapons. They have a unique Feature that allows them to fight more effectively when cornered and some possess Psychic Domination abilities way in excess of any other known humans.

Essentially the El-Dazio way is: strike hard, strike fast and ensure they do not refuse! 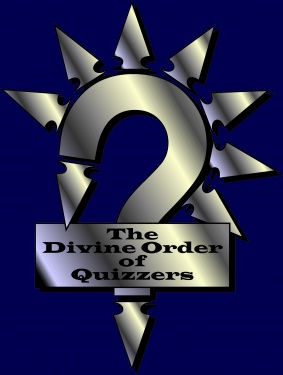 The Empress Paranoia attack after the Sethian Rebellion caused the creation of a new kind of secret police.

The Quizzers have authority unmatched by any other Subject. A flash of their badge sends shivers down the spines of even the most hardened Guardian or canny Privateer.
With this authority they can recruit anyone in the Empire to aid them in their investigations.

Of course most of the time these investigations involve seducing young beauties suspected of heresy, then, if they pass the test, handing them over to be brides of the Empress but you cant deny a girl a little job satisfaction.

The unique ability of the Quizzers is their diversity. Warriors, including the Quizzer in charge, all have a former Allegiance that gives them the tactical options of that Allegiance allowing for an interesting mix of the weird, the wonderful and the deadly.

Each Quizzer Warband is unique so a discussion on their tactics would be somewhat redundant. The trick is to find a combination that works for you and your style of play. 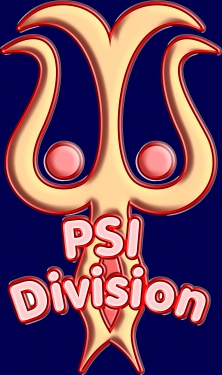 Pretty much everyone in the 21st Millennium has a Psychic Power, however most people are responsible enough not to over use it.

Because of the inherent risks involved when you tap into the Ether.

Nobody knows for certain why the Ether is so hostile to human manipulation. The Church maintains it is a wretched hive of Demonic forces whilst more rational theorists speculate it is a manifestation of the collective human psyche and thus is dominated by overwhelming dread and raging anger.

Whatever the case these real dangers do not put off some people and these crazy daredevils make up the Psidivision.

Part self-help group for Psychic Addicts, part mystical order the Psidivision consists of those who cast off all other trappings of mortal life in pursuit of psychic brilliance.

And brilliant they are indeed displaying one of the most potent Psychic Attacks known to mankind in Barrage.

Having said this they are so focused on their Psychic selves they neglect the physical. This doesnt just mean poor hygiene but also a lack of Weapons, equipment or in some cases even clothes.

If you want to play with fire with regards to Psychic powers then the Psidivision may just be the Warband for you. 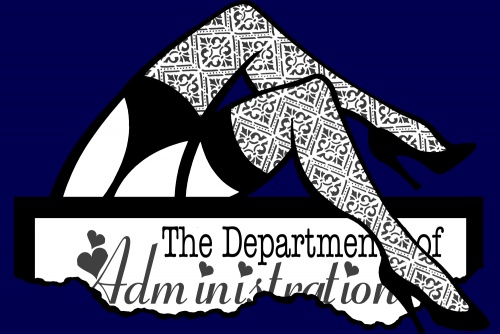 Administration, logistics and requisitions: This is where the true power of any Empire lies.

The Empire of Woman is no exception. The Department of Administration is a bureaucratic mess that cannot be navigated by anyone who is not in the know. Even the seemingly all powerful Quizzers have to suck up to the sultry sectaries who, with a stroke of their pens can send them the shiniest of new toys.

Of course being Subjects of the Empire the Administrators are no pushovers. They do not just wage war with lists and forms but by force of arms too.

It is in this that they become truly terrifying. With their intimate knowledge of the system they can arm their Warriors with lots of rare and destructive weaponry that other Warbands have only a limited supply of.

Never underestimate the power of a pen pusher be she a lowly Intern or a might SCO.

With their access to an excess of Heavy Weaponry it is easy to make your Administration Warband very shooty. A couple of Warriors with NP22s should discourage those who like to get too close allowing you to lay waste to your Opponent in a fire fight she cannot hope to win.

All nations have their issues with crime. No matter how lax or stringent your laws, no matter how tyrannically they are enforced, there will always be some annoying bugger who breaks them.

The Empress may have gone completely barmy but she is still a pragmatist. Rather than have the Fleet and the Guardians crack down on every criminal scumbag who breaks the Empires laws she has organised a Union of petty (and not so petty) crooks as her own army Privateers.

The Union is as much an official body as any other but it is known for its disregard for rules and regulations and generally lax attitude to even outright Heresy.

It is a mess but it is at least an organised mess. Heavily infiltrated by the Quizzers and merciless with those who cross what few lines they have. In the Unions hands the law is upheld by much illegality.

Just how the Empress likes it!

Union Warbands have the unique ability to steal the specialist Features and Psychic Powers of their fellows. This effectively means a typical Union Warband will be a pretty rag tag bunch of individuals each with their own unique tactical combination of abilities.

A Union Warband is probably the most flexible allowing you to pick and choose what you want your Warband to excel at.

You can go for an all-rounder but its not really an optimal build in a game where specialisation is the key to success. 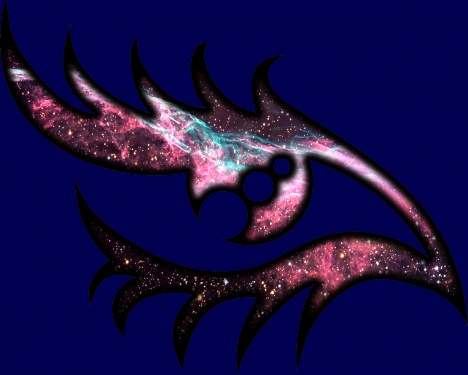 The Empress, much like a lot of modern Republican politicians, was initially manipulating her religion for political gain.

Since the Sethian Rebellion however the crazy has taken firm root in her chaotic psyche.

Thus her Church has gained a deal of power rivalling that of the Guardians, Fleet and even the dreaded Quizzers.

Their theology, a strange mishmash of Shinto and Catholicism places the Empress as a messianic living Goddess who is humanitys only hope for survival. It has never been a particularly welcoming creed and the Empress new paranoia about men hasnt helped in the slightest. This fanatical warrior priesthood is dedicated to purging what it considers evil with holy fire.

Warbands of the Church tend to be split between expendable hordes of Lay Sisters and resilient and charismatic Ordained Clergy. They are tactically uninventive essentially rushing their enemies to close with their flame Weapons however their Fanaticism means where most Warbands just Withdraw they keep fighting, albeit with no idea of friend or foe! 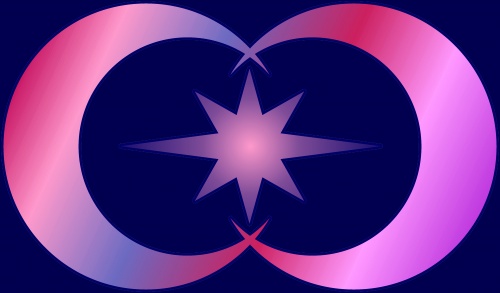 Space is pretty big and it is in much of need of policing as the rest of the Empire.

Not only that but someone has to ferry the grunts around between missions!

This sorry responsibility falls upon the Empress Fleet. Selected from the best graduates in mathematical and physical sciences from various higher education establishments Fleet recruits are the best and the stated aim of the institution is to make the best better.

They do have a funny way of doing it

For most Fleet Academy graduates the majority of their early careers will involve serving drinks to lecherous senior officers in a uniform that doesnt exactly help matters.

Those few who get past Stewardess will have to fight tooth and nail to become Captain of their own ship.

Of course its not just Officers in the Fleet. There are also the Marines and Fighter pilots recruited from particularly raucous hockey societies. They act more like the dumb grunts of the Guardians but theyre unlikely to be a match for them physically.

Fleet do get involved in personal combat a lot more often than one would think. As well as boarding actions and the occasional planet fall Fleet are constantly in conflict with their rivals in the Guardians.

As a Warband (or away team) they bring considerable prowess in close range engagements and can dig in to a position like only a bunch of girls used to confined spaces can!

Kittiwake Classics
Create a free website or blog at WordPress.com.